This is part two in a series of three articles. To review or read Part One, click here.

In order to understand the emotions and rationality of others, mediators must first understand their own emotions and manage their own impulses that arise when listening to other people. Self-awareness and self-management guide how we communicate and influence people. To develop a better understanding of ones’ emotional makeup, mediators should spend time reflecting on questions such as, “How do I feel throughout the day?” “How do my emotions influence my decisions?” “How quickly do my emotions change?

Self-regulating activities, such as meditation, breathing and awareness of body sensations and thoughts can be helpful in developing a clearer sense of one’s emotional state. In other words, mediators should take time to tune into themselves. Developing emotional intelligence takes practice; it is much easier to perceive someone else’s feelings before we understand our own. Once we develop inward emotional competency, we will avoid projecting our own emotions onto others – the grit that often causes conflict in the first place.

When perceiving the emotional states of others and when building trust and rapport, effective mediators listen more than talk. In my opinion, someone who talks often is expressing anxiety; talking about oneself excessively might be a sign of insecurity. Mediators ought to discern and acknowledge a speaker’s feelings without moral or personal judgment. In addition to noticing how participants feel, mediators should notice how they think. Mediators are well-advised not to deny or argue against someone’s beliefs.

The process of uncovering and unpacking how parties feel about a workplace dispute is not the same as letting them vent about the conflict, which is usually counter-productive. Mediators should help parties understand why they feel the way they do, whether emotions might be clouding their judgment, whether they really understand the case or what the other side really wants, what they dislike about the current situation, and whether they might like to do something about the situation. A series of shorter conversations can build more credibility and trust than one long one. When mediators are genuine in their efforts to learn more about participants, they learn more about the case because participants share more about themselves in the form of stories. 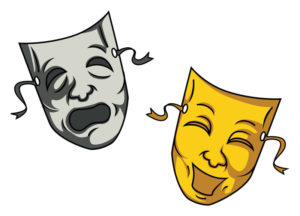 The Power of Narratives

As we sift through information and data, we create interpretative stories to help us make sense of it all. Whether we know it or not, we create stories all the time. In the employment context, perceptions of discrimination vary based on various forms of identity such as race, gender, etc. For example, more African-Americans are likely to believe they were treated unfairly in hiring, pay or promotion because of their ethnicity, whereas other ethnics groups are less likely to believe so.

Conflict stories can, and often do, recreate the original trauma all over again, making it harder for some people to make good decisions. Mediators can shift the perspective from the first-person to the third-person, similar to William Ury’s suggestion that people “go to the balcony” and overlook the conflict landscape from a detached perspective. One of the ways in which mediators do this is by asking questions such as “How did (insert the name of the participant) get here?” or “What made (name) get so angry?” or Why does (name) feel this way?”

Most of us do not view facts objectively. Instead, we interpret facts as part of a narrative we construct and reinforce during each interaction with the “other” side, assuring ourselves “They are blameworthy, I am not.” We are reluctant to admit that we contributed to our suffering in some way. Most claimants do not want to admit to themselves that they failed to follow the company’s internal protocols for processing complaints – or if they do, there is a “good” reason for avoiding the protocol. On the employer’s side, most business owners or human resources professionals will not admit that their complaint process may be less than neutral or even disrespectful to employees. Employers are not likely to admit that they do not adequately address employee concerns before they become serious legal claims.

Parties may also feel vulnerable and ashamed for reasons that have nothing to do with the instant case. For example, nothing will dissuade a minority employee from believing that he was terminated by a bigoted boss if the slights and indignities inflicted mirror the same pattern of discrimination he experienced throughout life. The accused boss may believe her intentions were pure, backed by race-neutral statistics, and that she recruited the employee, therefore “I can’t be bigoted!”

On a deeper level, a business owner may harbor feelings of insecurity over the success of her business, intermittently sensing that she does not “deserve” to be successful. Once the reasons for fear and vulnerability are understood, mediators can help people make peace with those contradictory parts of themselves and walk the path between innocence and secret shame toward resolution.

IAM Blog Editor-in-Chief Christine Masters may be contacted at christine@masters-ribakoff.com.