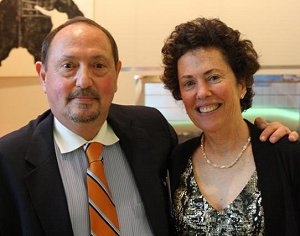 The IAM Lifetime Achievement Award was presented to Lela P. Love at the IAM conference held in Washington, D.C. on April 18, 2012. Lela Love was recognized by the IAM as a true pioneer in the mediation movement whose international leadership, teaching, vision and writing has so profoundly impacted mediators around the world.

Lela Love serves as a professor of law and the director of the Kukin Program for Conflict Resolution at Benjamin N. Cardozo School of Law. She founded and directs Cardozo’s Mediation Clinic, a clinical program that helps to train mediators. She has also served as Past Chair of the American Bar Association Section of Dispute Resolution. Ms. Love has written a number of books, articles and chapters including The Middle Voice: Mediating Conflict Successfully and Stories Mediators Tell, co-authored with Eric Galton.

The IAM Lifetime Achievement Award was presented to Kimberlee K. Kovach at the IAM conference held in Austin, Texas on November 11, 2011. Kimberlee Kovach was recognized by the IAM as a pioneering educator, author, innovator and leader in the field of Alternative Dispute Resolution.

Ms. Kovach currently serves as the Distinguished Lecturer in Dispute Resolution and the Director of the Frank Evans Center for Conflict Resolution at South Texas College of Law. Kovach has been actively involved with both the Houston Bar Association’s ADR Committee as well as the State Bar of Texas ADR Committee. Notably, she assisted in the creation of the ABA Section of Dispute Resolution. She is the author of the first mediation textbook and teacher’s manual for use in law schools and has authored over ten book chapters and over twenty five scholarly articles.