Why Do Negotiations Fail? 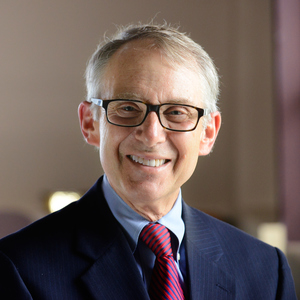 In recent years negotiation theorists have transformed our understanding of how to succeed in making a deal. Getting to Yes, published in 1981 by Roger Fisher and Bill Ury, has been translated into more than 30 languages and has sold millions of copies. The basic principles of their book – focusing on interests instead of positions, separating the people from the problem, using principled benchmarks for disputed issues, and identifying your best alternative to a negotiated deal – continue to guide thoughtful negotiators.

Have we similarly advanced in our understanding of why negotiations fail? Recent advances in behavioral economics, neuroscience, and cognitive psychology have opened the door to such understanding.

To be sure, negotiations sometimes fail because there’s simply not enough money on the table. But what about the negotiations where there’s a “zone of possible agreement”? What tanks those deals? The most common reasons why negotiations fail boil down to issues of trust and respect.

Trust: Let’s go back to our evolutionary origins as a species. Our ancestors – going way back – included both trusting and mistrusting hominids. Guess which branch survived? Faced with new challenges and a dangerous world, the more skeptical of our ancestors lived to tell the tale and produce offspring. Our wariness and skepticism are hardwired into our neural circuitry. Scientists call this tendency “negativity bias” – our first reaction to something new is tilted toward the negative.

When working with people – particularly people that we need to trust in order to make a deal – one of our biggest questions cannot be answered. We want to know their intentions, and our instinct is to mistrust. We cannot examine their minds, and so we view their past actions as a predictor of future actions.

A psychological phenomenon known as “fundamental attribution error” causes us to believe that our intentions are good, while others – we fear – may be trying to take advantage of us. (Of course, they are thinking the same thing about us.)

The antidotes to mistrust are communication, candor, and relationship, which mediators can foster in the mediation process.

As “deal brokers,” mediators can help the parties trust that flexibility on their part will be reciprocated. When mediators reach the point of trust with each side where we can confidently vouch for each side’s willingness to do the dance of reciprocity, we create a bridge of trust on which a deal can be made.

Respect is what we feel from others when they acknowledge our goodness. Accusations that we are bad arouse fears of being shamed, losing social capital, and so we strike back – eliciting counter-attacks.

By offering our negotiation partners respect and trust, we let them know that we are conditionally willing to believe that the good in them will meet the good in us, so that we can make a deal together.
How can mediators help? In their role as deal brokers, mediators can speak confidentially with the parties in caucus sessions (i.e., shuttle diplomacy), trying to suss out whether there is, in fact, a zone of possible agreement.

And mediators, just as importantly, can be brokers of trust and respect. That process begins when we mediators show our deep respect for the parties and what they have been through by listening to accounts of their conflict in an up-close-and-personal way.

Stories matter: It goes without saying that people in conflict feel a deep-seated need to be heard. They want to tell the story of how their conflict arose.

The moral dimensions of their stories reveal what the tellers care about most deeply. For instance, in a recent mediation, the central allegations involved the theft of client lists by three departing employees. When I met with the employees, each spent almost half an hour telling me how horribly they were treated at the company they had left. Neither they nor I mentioned, until much later in the mediation, the thumb drives onto which they had copied client information. We ultimately settled the case, in large part because of allocating enough time to hear directly from the parties about the cauldron of conflict and ill will from which this dispute arose.

Bottom line: Mediators should make sure we give people the space to tell their story, even if they want to jump to the numbers, and listen so skillfully that they know we understand them, trust them, and deeply respect them. In some cases, the parties may be able to come together to communicate respect and trust directly to each other. However, even when they don’t, the mediator’s witnessing of their stories, by itself, can be powerfully transformative.