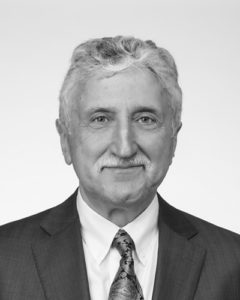 The day of mediation began with one of the lawyers scoffing that this was not an emotional matter at all and the family just needed to get over it. I brought him into the room with the family’s boxes (see picture) and responded “REALLY?”

The boxes contained the documented story of a couple’s near obsession with a dispute involving them, their daughter and their church. The family’s faith was intrinsically woven into the fabric of their lives. It compelled me to once again retrain my ear and help others do the same, in order to listen without the cynicism and skepticism that is too often found in the legal arts. It’s just too easy to go there . . . to scoff, discredit, dismiss. Given the subject matter and nature of this dispute and the institutions involved, the words “I believe” took on enhanced meaning and needed to be viewed through a different and sincere lens, or so it seemed to me. Faith was at the core. Belief in a deity, and the events and people that flowed from it, were bound to the usually more pedestrian end-of-day “business decision.”

We couldn’t simply discard or marginalize some of the parties’ behaviors and core statements as we might in other matters, where religiosity might be viewed as symptomatic of aberrational personalities or a specific disorder, be it narcissistic or otherwise. Religious belief in its most legitimate form was bedrock to both sides of this dispute, where the patriarch of the family literally knelt before the Bishop and asked for a blessing. The Bishop obliged; an act of unimpeachable faith involving both sides.

I was reminded of the common temptation to turn a blind eye and deaf ear to what motivates people at their most simple and genuine levels and to be legalistically dismissive. This case certainly wasn’t just about the money. The difficulty in convincing lawyers on both sides that the greatest success with this family would be through sincere and appreciative listening and collaboration will probably not come as a surprise to most IAM readers. The fact that litigation is typically contrary to those interests should be equally understandable. But this matter was a reminder of how challenging collaboration is and how ingrained we can be in our habits and what too often become rote processes for resolution.

In these vintage years of my wonderful career, I am increasingly amazed by the power of acts of kindness, humility and generosity. Sadly, I am more often amazed by the blindness and deafness to this power by those providing advocacy. Above all, I am convinced that we in the mediation community need to be beacons of hope and encouragement for those ensnared in the negativities of conflict.