Brexit and the Binary Bind 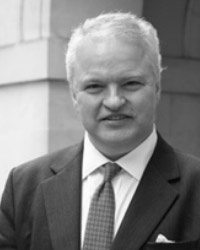 Perhaps we shouldn’t be too surprised by the whole Brexit affair. I’m not talking about the result of the vote itself, but about the referendum process, the behaviour it engendered, and its aftermath.

All the classic features were present. Classic features of what? Well, of binary processes. Those that offer a win/lose, yes/no, remain/leave outcome, and nothing else. Rather like courts, as it happens.

Of course, I realise that decisions do need to be taken, and referenda are intended to produce a clear picture of the will of the people (only just, on this occasion, but I suppose it’s clear at least). Nothing wrong with that.

But the problem is that for all the desire for clarity and decisiveness, binary processes come with some fairly hefty downsides. And these have been laid bare for all to see in the referendum process. I will mention three.

The first is the swift descent into simplicity and caricature. Like so many political campaigns, the referendum arguments were marked by ridiculous, almost banal, simplicity. “Remainers” and “leavers” alike argued, in effect, that their desired outcome had all the pros and none of the cons. A cursory glance at the complexity of the situation, and the number of possible ways in which it would impact, will tell you that that cannot possibly be the case. Simplicity is one of the few descriptions which could never be applied to the situation. Indeed the post-referendum complexity which now confronts us makes that abundantly obvious – but too late. Conflicts do that, of course – engender a descent into simplicity and caricature – but binary processes exacerbate it. When I mediate, I am often struck by how those involved appear to have reduced the sheer complexity of the situation to a simple series of (apparently certain) propositions. Nowhere is this more true than with the history of events, with stories. However complex, multi-layered and nuanced they may have been at the time, however much “six of one and half a dozen of the other”, however much there may in fact be some shared accountability for what went on, both the conflict itself and the processes by which we address it (usually violence or litigation) often drive parties towards simplicity and caricature.

Life is complex. Conflicts even more so. Do we not want conflict resolution processes that can handle complexity? Perhaps one of the great contributions mediators can make is to re-complexify (if that word exists), to re-introduce nuance. Indeed, at a human level the mere fact that we can form constructive relationships with all parties can be a challenge to the belief that each may hold that the “other” is so wrong – legally, morally, in every way – that no constructive relationship with them is even possible.

The second downside of binary processes is that they make no space for a range of options. By definition, only two outcomes are possible. Win or lose. Sink or swim. Remain or leave. Being close (eg 48.1% to 51.9% in this referendum) is not enough. As I said at the start, I realise that decisions need to be made, and the referendum was part of that. Votes happen in many, presumably all, parliamentary systems. But they can also be deeply damaging. A few years ago, it was my great privilege to mediate the long-running conflict in the Church of England about whether women could become bishops (they couldn’t then, they can now). Like many institutions, the Church of England has a governance system which is quite “parliamentary” in style. Because of that, the preceding decades had been marked by a “campaign” to permit women to become bishops, building up a head of steam towards a vote in the General Synod (the Church of England’s “parliament”). Several times, the matter came up for a vote. In the usual way, votes were preceded by speeches. These took the inevitable form of people speaking either for or against the motion. Each time, a vote was then taken. Each time, it was defeated. On the final occasion before mediated talks began, the vote was extremely close, but the proposal was still defeated. The body was profoundly divided. The pain was great.

Some 18 months of mediated talks followed. What emerged was a series of options, far removed from the binary simplicity which had gone before. The options themselves were complex, but essentially made space for differing views, to differing degrees. Eventually the designated group involved in the talks (about 40 representatives of all “sides”, in total) arrived at near (though not quite complete) unanimity on one of the options. They took that back to General Synod and jointly proposed it as the way forward. It passed comfortably. I was very moved to be in the public gallery at the time. Many of the speakers noted two things:

1) How the tone of the debate had radically altered from what had gone before, being now marked by a greater degree of mutual understanding and generosity of spirit, because of the extensive dialogue which had taken place; and
2) How much more appropriate it was to be voting on an option which had emerged from fulsome dialogue, and which attempted (successfully in the eyes of most) to make space for different views.

Granted, the Church of England’s experience was on a much smaller scale than the UK Parliament’s. But they are both parliamentary systems. The challenge is obvious.

The third feature of binary processes is that they often engender decisions motivated (at least in part) by fear – the fear of losing. This is hardly surprising given the limited options of win or lose. I see this so often when I mediate. And it is important for us to recognise it, because as a mediator I want people to take good decisions – whatever those may be. Decisions made out of fear are rarely sustainable or wise. The referendum campaigns majored on fear. The Remain campaign was dubbed “Project Fear”, but in truth both sides played on people’s fears – economic, social, cultural, and many more.

When I mediate, I often find myself encouraging parties – encouraging them to think hard, to take difficult decisions, to have uncomfortable conversations, to consider risks, and so on. And here I use the word “encourage” literally. To “en-courage” – in other words to engender, build up, or enable a greater degree of courage. To try to ensure that wisdom, and not fear, becomes the primary motivating force in their decisions, or at least that fear is not the only one.

The need for courage extends beyond our role in individual disputes. The mediator’s voice needs to be heard in society, and not just in individual disputes. We need to be “prophetic” in the best sense of that word – not as in prophesying or predicting the future, but holding up a challenge to the status quo. True prophets in every age have done that. And it always takes courage. Perhaps we need to be challenging the nature of public discourse and decision-making more. After all, there will be no shortage of it over the coming years, not least on the Brexit issue.

And what about the post-Brexit future? Well if I have learned anything from 25 years of mediating, it is that complex negotiations are rarely predictable and rarely go in a straight line. These will be no different. But they will certainly be better if we can learn to disagree well. I’m not saying mediators would have made a difference to the referendum outcome (though it’s possible). I am saying that the fundamental dynamics that mediators work with played out before our eyes in the referendum, and there was a chilling inevitability about the outcome. Somehow we need to do things differently.

And this is in no small part a leadership issue. The cry in the UK at present is for good political leaders (the PM having resigned and the leader of the opposition having been on the wrong end of a no confidence vote by his MPs). I read this, in part, as a reaction against the caricatured simplicity of what we have just been through. Effective leadership does not mean the blind pursuit of what you consider right. It also requires the ability to carry people with you (at least to an extent) and the wisdom to look for solutions which enable that. Understanding conflict is integral to leadership.