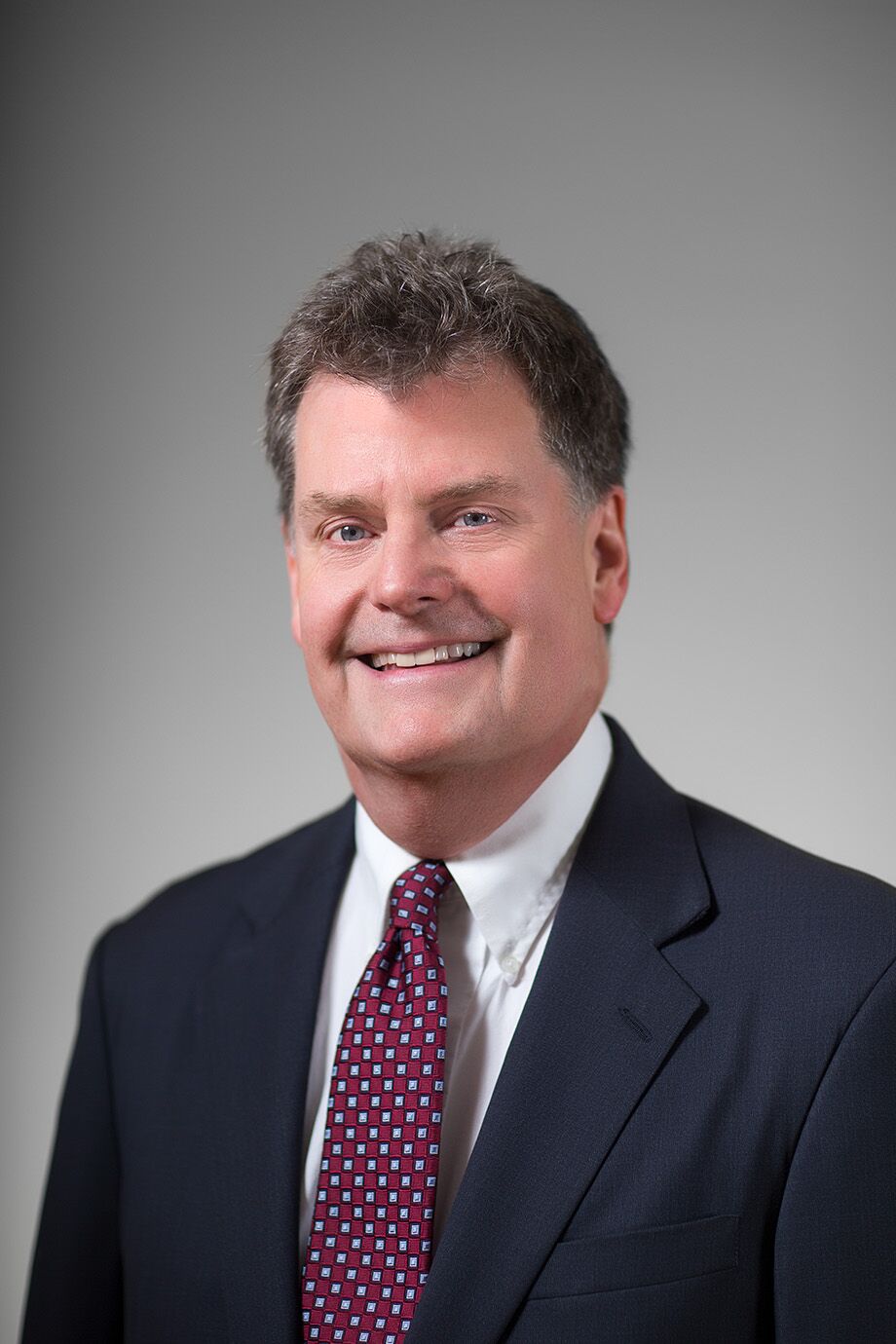 Session: Priming for Success in Mediation

Dr. John Bargh is the world’s leading expert on the unconscious mind, its impact on conscious thought and behavior, and its role in decision making.  For the past three decades, Dr. Bargh has been responsible for the revolutionary research into the unconscious mind, including the effects of priming on behavior, research that informed bestsellers like Malcom Gladwell’s Blink and Daniel Kahneman’s Thinking, Fast and Slow.  Dr. Bargh now has his own bestseller, Before You Know It: The Unconscious Reasons We Do What We Do, which takes the reader into his labs at New York University and Yale where he and his colleagues discovered how the unconscious guides our behavior, goals, and motivations in areas like race relations, parenting, business, consumer behavior, and addiction.  In his book, a copy of which will be given to each attendee of our conference, Dr. Bargh reveals what science now knows about the pervasive influence of the unconscious mind in who we choose to date or vote for, what we buy, where we live, how we perform on tests and in job interviews, and much more.  Depending on how far you want to take it, Dr. Bargh’s research even raises questions of free will…and destiny.

As he introduces himself at the start of the book, in college Dr. Bargh “majored in psychology and minored in Led Zeppelin” where his free time was spent as a late night FM disc jockey.  He then did his graduate PhD work at Michigan before becoming a professor at NYU in Greenwich Village.  There he founded the ACME (Automaticity in Cognition, Motivation, and Evaluation) lab which focuses on unconscious or automatic ways in which our current environmental surroundings cause us to think, feel, and behave without our conscious intention or knowledge.  ACME Lab research has also shown how social motivations such as achievement and cooperation can become activated and then operate outside of awareness, guiding our behavior over extended time periods, entirely unconsciously.  Dr. Bargh and the lab moved to Yale in 2003.

Today, besides directing the ACME lab, Dr. Bargh is the James Rowland Angell Professor of Psychology, and Professor of Management, at Yale University.  He has over 200 research publications, and has been awarded a Guggenheim Fellowship (2001), both the Early (1989) and Distinguished (2014) Career Achievement Awards from the American Psychological Association, an Honorary Doctorate from Radboud University, Nijmegen, The Netherlands (2008), and the Donald T. Campbell Award for Distinguished Career in Social Psychology (2006).  He was inducted into American Academy of Arts & Sciences in 2011. 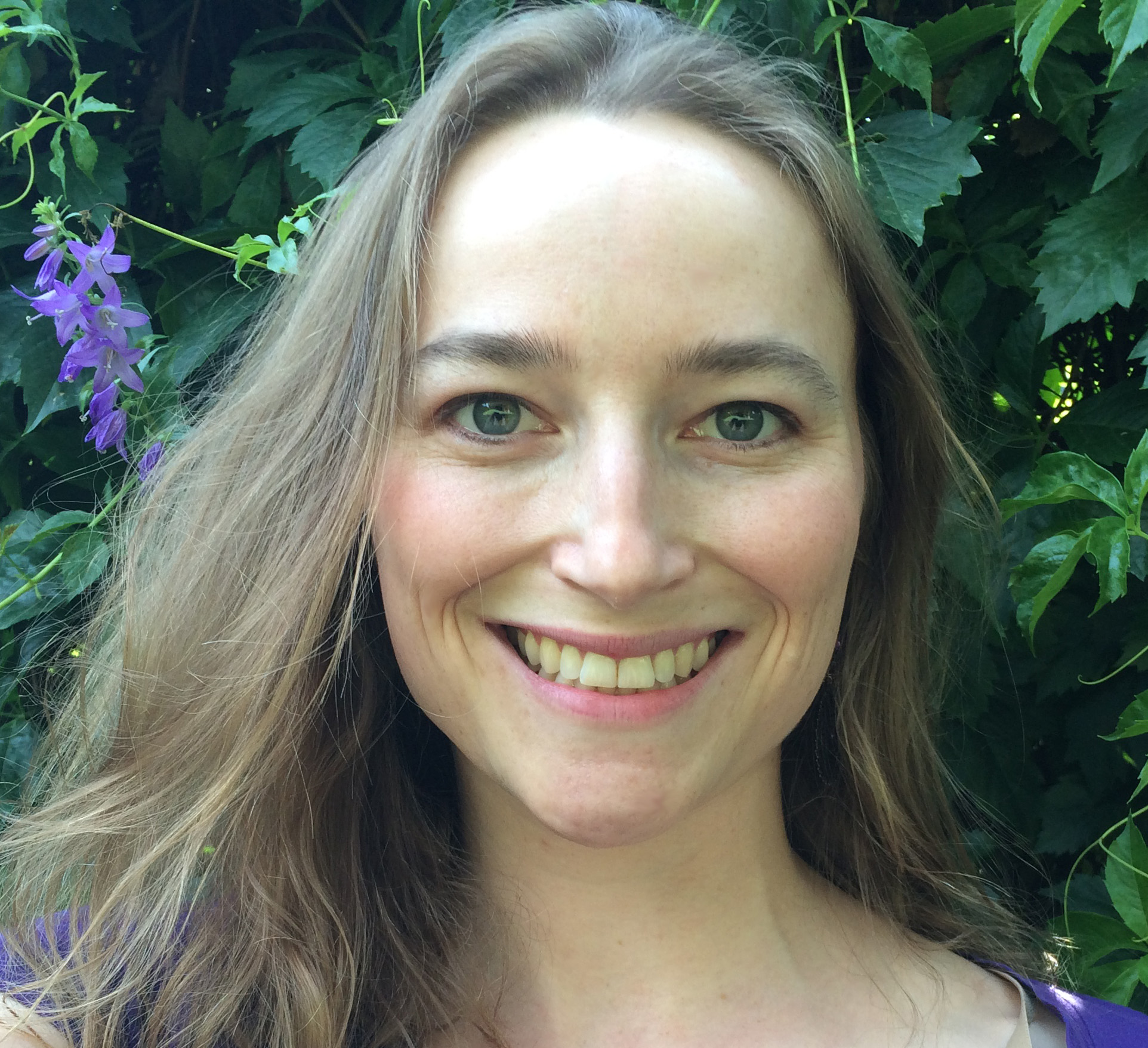 Dr. Cendri Hutcherson is the director of the Decision Neuroscience Laboratory, and an Assistant Professor of Psychology at the University of Toronto. She received degrees in psychology from Harvard (B.A.) and Stanford (Ph.D.), and spent several years as a post-doctoral scholar studying neuroeconomics at the California Institute of Technology.

Professor Hutcherson’s research interests into decision-making is wide-ranging and fascinating. For instance, she has studied how and why some people make selfish, unethical, and short-sighted decisions, which impact routine daily decisions such as what to eat, whether to be altruistic, even whether to act morally. She asks, and tries to answer, such basic questions as “why is cheesecake so hard to resist? When is it easier or harder to be generous? What orients our moral compass, and how do we manage to steer a course with it?” To answer these questions, Professor Hutcherson examines the architecture of the brain, as well as the computational mechanisms it uses to make a decision. She engages in dynamic behavioral analysis, computational modeling, fMRI, EEG, and machine learning.

More importantly, Professor Hutcherson willingly admits that she loves the deep philosophical implications of neuroscience and psychology … “and also the pretty brain pictures.” She is not averse to finding the ironies in human behavior, as evidenced by this tweet (discovered by the IAM Banff planning committee chair): “This just in! 94% of people want superpowers. Most would use them for selfish ends. So much for super-altruism!” The IAM is privileged to have Professor Hutcherson share her expertise with us and help us better understand the decision making processes of those parties looking to us for guidance. Session: PEPP Talk 2 – Talking to Crazy: How to Deal with the Irrational and Impossible People in Your Life

Dr. Mark Goulston hosts the “My Wakeup Call” podcast, is a former UCLA professor of psychiatry, FBI hostage negotiation trainer and one of the world’s leading authorities on deep listening with his book, “Just Listen,” becoming the top book on listening in the world. His recent book, Talking to Crazy: How to Deal with Irrational and Impossible People, was translated into Russian as How to Talk to Assholes, and went viral in that country. 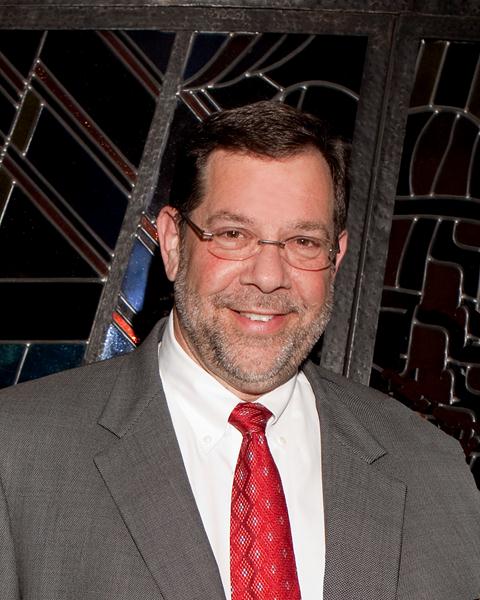 Rabbi Shaul Osadchey is currently in his ninth year of service as the senior rabbi of Beth Tzedec Congregation where he has re-energized the congregation with new ideas and innovative programs. In the interfaith community, Rabbi Osadchey currently serves as a co-chair of the Calgary Interfaith Council and as co-chair of the Habitat for Humanity Interfaith Build Project.  He is a past-President of the Calgary Council of Christians and Jews and participates in several interfaith groups. In the wake of 2014 Israel-Palestinian conflict, Rabbi Osadchey co-founded the Calgary Jewish-Muslim Council bringing rabbis and imams together to address common concerns and to promote mutual respect and understanding.

A native of Los Angeles, Rabbi Shaul Osadchey served the Jewish community of Houston, Texas for 30 years prior to coming to Calgary.  In Houston, he was distinguished for his educational programming, his passion for interfaith work, and for social justice activism.   Rabbi Osadchey holds B.A. degrees in Religious Studies and Political Science from the University of California, Berkeley, a Master’s Degree in Hebrew Language from Hebrew Union College, and was awarded Doctor of Divinity, honoris causis, degrees from both Hebrew Union College and the Jewish Theological Seminary.

Rabbi Osadchey and his wife, Bobbie, married in 2000. They have six children and eleven grandchildren. 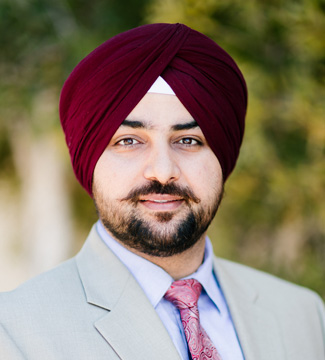 Professor Singh is a successful international mediator and has resolved disputes in countries throughout the world—including in states across the United States, Canada, India, and New Zealand, to name a few. He currently serves as the mediator for Willamette University’s Atkinson Graduate School of Management, where he identifies and resolves organizational conflicts, and for the City of Beverly Hills, where he was recently nominated for the city’s annual Peace Award.

Professor Singh has given keynotes, lectures, and trainings on dispute resolution in more than 30 states across the United States, as well in Australia, Brazil, Canada, China, Denmark, Egypt, France, India, New Zealand, Singapore, and Spain. He has delivered online TEDx Talks on dispute resolution in relationships, titled “Negotiating for Love,” in 2015 and on professional identity titled “Made in India,” in 2018. 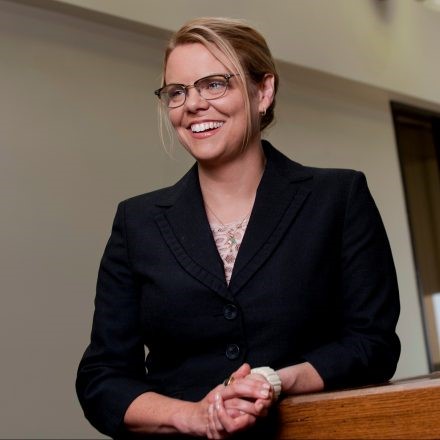 Professor Blondell has also served as an adjunct faculty at Seattle University School of Law and as a faculty instructor in Negotiations at the Evans School Executive Masters in Public Affairs Program at the University of Washington. Prior to entering the field of mediation, Professor Blondell practiced criminal defense and was a research attorney for the Federal Public Defender for the Western District of Washington.

Ben is a founding partner of Lakeside Mediation Center (Galton, Cunningham & Bourgeois, PLLC), a nationally and internationally recognized Mediation and Arbitration practice for twenty years.  An accomplished trial attorney, mediator, and settlement counsel, Ben has presided as a mediator over thousands of settlements.  Ben has served as an Adjunct Professor at Texas State University, a visiting lecturer in mediation studies at the University of Texas, Austin, and participates in the University’s Center for Public Policy and Dispute Resolution basic and advanced mediation trainings. In a prior incarnation before starting is law career, Ben served for a number of years with the Harris County Sheriff’s Department (in Houston, Texas) as a patrol deputy and hostage/crisis negotiator. In recent years, Ben has been invited to provide advanced training for hostage/crisis negotiators at the Austin Police Academy. Over the decades Ben has earned the reputation as a preeminent attorney (Martindale AV-Preeminent: 20 years), has been recognized by the Texas Mediator Credentialing Association (under the auspices of the Supreme Court of Texas) as a Credentialed-Distinguished Mediator.  Ben regularly participates as a CLE speaker, which has included engagements with the Association of Attorney-Mediators; the Texas Association of Mediators; and the International Academy of Mediators.  For almost two decades, Ben has served on the Graduate Advisory Board for the master’s degree programs in Legal Studies and ADR at Texas State University.  He is a past President and board member of the Austin-Travis County non-profit Dispute Resolution Center, and a past member of the board for the Texas Association of Mediators. Ben is a contributing author for the best-selling American Bar Association Press book, “Stories Mediators Tell.”  He has lectured frequently on the intersection of mediation, hostage negotiation, and the martial arts.  And he still looks forward to heading to the office every day to dive into the next mediation.

When not at work as a lawyer and mediator, Ben has managed to raise six remarkable children.

Dwight Golann is Professor of Law at Suffolk University in Boston and an active mediator of legal disputes. He has led seminars on mediation and mediation advocacy for federal courts, the ABA, the European Union, the Peoples’ Republic of China, and major law firms and corporations. Professor Golann is the author of five books, including Mediating Legal Disputes and the new ABA book and video on advocacy, How to Share a Mediator’s Powers. He is co-author of three law school texts on dispute resolution.

Before becoming an academic and neutral, Prof. Golann was an active litigator. He served as Chief of the Government Bureau of the Massachusetts Attorney General’s Office, directing the litigation and settlement of all claims brought against the state, and as a special prosecutor, trying and arguing cases at every level of the court system.

Professor Golann has been named to America’s Best Lawyers for several years, and is the recipient of the Lifetime Achievement Award of the American College of Civil Mediators. He is a graduate of Amherst College and Harvard Law School.