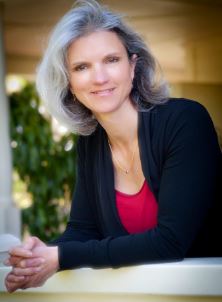 Karin S. Hobbs, a professional mediator for the past 20 years, is known for her ability to close complex and emotionally charged cases. She has mediated over 6,000 cases, including complex commercial cases, class actions, family cases involving substantial assets and contested custody, catastrophic injury, sexual assault and abuse, personal injury, insurance, probate, construction, employment and appellate cases. She has mediated and co-mediated many complex multi-party cases.

Ms. Hobbs founded the Dispute Resolution Section of the Utah State Bar. She is currently the President of the International Academy of Mediators, an invitation-only group of commercial mediators worldwide who maintain vibrant practices while also teaching and publishing regularly. She is a Fellow of the American College of Civil Trial Mediators, and she has served on the Board of Bar Commissioners at the Utah State Bar. In 2004, she received the Peter W. Billings, Sr. Award for Excellence in Alternative Dispute Resolution. Ms. Hobbs has also published numerous articles, including “Individualized Mediation Design” in the October 2007 issue of “For the Defense.” She has also written a chapter in the American Arbitration Association’s Handbook on Mediation entitled, “How to Achieve the Best Results in Mediation” and she has written a chapter in another book entitled, “Stories Mediators Tell.” She has taught hundreds of mediation and negotiation seminars to audiences such as the Utah State Bar, the Portland Oregon Bar Association, the American Bar Association’s Dispute Resolution Section, the Pepperdine Masters Forum, and the International Academy of Mediators. She is listed in The International Who’s Who of Business Lawyers in Commercial Mediation for 2011-2019, Best Lawyers in America for 2010-2019, Mountain States Super Lawyers and Utah Legal Elite in the specialty of Alternative Dispute Resolution. Ms. Hobbs mediates throughout the Intermountain West.

Ms. Hobbs, a 1985 graduate of the University of Utah College of Law, obtained her mediation training at CDR Associates in Boulder, Colorado. She attended Harvard Law School’s Negotiation Workshop in 1999. She has published an article entitled, “How to Achieve Results for your Client in Mediation” in the November 1999 issue of the Dispute Resolution Journal in the American Arbitration Association. She was founding Chair of the Alternative Dispute Resolution Section of the Utah State Bar. She served an adjunct professor at the University of Utah College of Law, teaching Negotiation and Alternative Dispute Resolution.