The Suffocating Air of Superiority: Why Mediators Across the Practice Spectrum Should Practice What They Preach – Listen More and Judge Less 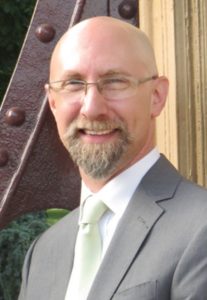 By: Jeff Trueman, IAM Distinguished Fellow & Penni Walker Doyle Email: jt@jefftrueman.com & pdoyle@cmusmediation.org Mediation trainings and conferences present opportunities for practitioners and program managers to be exposed to new ideas and learn new techniques – at least in theory. At a recent conference, after a presentation about caucusing led by an attorney-mediator, a question was asked. Instead of responding to the merits of the question, the presenter asked, “Are you an attorney?” The teacher-panelist appeared to have assumed the questioner was not a lawyer or a judge and, therefore, not deserving of a thoughtful and detailed answer. In fact, the question came from a program administrator of a court-administered mediation program who was also an attorney. Once credentials were established, the question was considered and discussed. This exchange illuminates a deep division between attorney-mediators, who believe the parties have hired them to settle litigated disputes, and non-attorney mediators who believe the parties want to repair relationships damaged or destroyed by conflict. Stark differences exist between these two groups of mediators. Unfortunately, an air of superiority seems to have set in where each side believes their practice is more “pure” and “true” to the spirit and promise of mediation. Not only is this conclusion conceited, it limits the number and types of tools available in the mediator’s “tool kit” to help parties resolve their conflict. For years mediators have disagreed over many things, most especially what constitutes “real” mediation and whether “good” practice includes tried-and-true communication techniques with evaluative, problem-solving skills that avoid protracted litigation. But rather than focus on mutual grievances that are rooted in the past, perhaps mediators from both sides of the debate can focus on a core skill – the thing at which mediators are supposed to be particularly good: listening. To state the obvious, people create conflict in a variety of ways and people want different outcomes. Thus, no single practice approach is foolproof or desirable in every conflict setting. The point seems clear but is rarely acknowledged among mediators: practice orientation and process choices should depend on the type of conflict presented. For example, in wrongful death disputes, good mediation practice often includes helping the surviving family members engage in difficult conversations among themselves and brokering negotiation between survivors and allegedly responsible parties using both facilitative and evaluative techniques. In addition, parties often want the neutral to help them arrive at an acceptable dollar-figure that will resolve the matter, which usually requires caucusing, distributive bargaining, and perhaps a mediator’s proposal to close the deal. Unfortunately, some practitioners and program managers seem to believe that one size fits all. Overheard at the same conference was an attorney-mediator complaining bitterly about a party who did not appreciate a large sum of money generated in mediation for that party. The attorney-mediator was dismayed that the party “only” wanted an apology. On the other hand, the inclusive model of mediation used in community mediation can be so overly focused on process that a dead horse will be thoroughly beaten in pursuit of uncovering feelings and values, leaving little time and wherewithal to brainstorm potential solutions that might resolve the conflict. Even in some community disputes, it really is “all about the money.” Many practitioners and mediation programs predetermine which framework or techniques will be applied before they know anything about the dynamic that brings parties to the process. In deference to the self-determination of the parties, we should consider all mediation frameworks and techniques as potentially advantageous in helping the parties achieve their desired outcome. In other words, we should avoid scripts or mandated theories dictated by those who sit far from the fray. Community programs should be able to help people get to a number when it is truly about the money and commercial mediators, regardless of background, need to know how and when to facilitate a difficult conversation towards understanding or an apology instead of focusing solely on the money. Ethical concerns generally do not arise from practice differences. It is not “right” or “wrong” to use evaluative techniques or the inclusive model, if for example parties ask for those techniques or if it improves communication. Instead, it seems wrong to restrict or prohibit the tools practitioners may use to effectively respond to people in conflict. A settlement that does not enable meaningful communication when desired between parties can damage the perception of mediation as a viable alternative to adjudication. Equally, too much exploration can exhaust some people who want to move on with their lives. Practice flexibility supports party autonomy and flows naturally from mediators who have expanded their tool-box of skills and techniques. The long term viability of mediation depends on practice flexibility. Mediation leaders, program managers, and practitioners are urged to listen more to each other and label less. What purpose is served by dismissing or, worse, disrespecting one group of mediators or another, simply because they utilize different techniques or because they may or may not be members of the bar? It’s time to strengthen our mediation community by facilitating practice differences instead of weakening it by dividing ourselves into self-selected groups of “real” mediators. As we move into the future of this expanding field, let’s listen to wisdom and insights from all parts of the practice spectrum for the benefit of those we serve. © 2018 Jeff Trueman & Penni Walker Doyle