The Naked Truth about Settling Sexual Harassment Cases in the #MeToo Era: The Public Interest in Disclosure v. the Private Value of Confidentiality 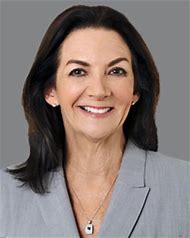 Times are changing and both employees and employers are taking note: In 2018, sexual harassment is not tolerated. Between the #MeToo movement and the #TimesUp phenomenon, cases involving sexual harassment are being settled in record numbers. Yet there is a tension between settling these claims confidentially and the societal interest in public disclosure.

There is no question that public figures should not be able to buy their way out of sexual harassment and assault cases through settlements with strict nondisclosure agreements. Yet in the context of civil litigation, there is justification for preserving the confidentiality that can accompany every other type of employment case.

Discouraging Confidentiality
In the U.S., the federal tax code was amended last year to prevent employers from taking a business deduction for wages or attorneys’ fees and costs incurred for any settlement related to sexual harassment or sexual abuse if that payment is subject to a nondisclosure agreement.

The new tax law affects these settlements in several ways. First, the cost to the employer is increased because the employer can no longer deduct the payout unless it is willing to permit full disclosure of the settlement. This may mean fewer large payouts will be made.  Second, it is unclear whether the employee is entitled to deduct her attorneys’ fees from her income when the settlement is paid to her under IRC 162(q). The language of the statute does not differentiate between the deductibility for employer and employee.  Consequently, taking a payout on account of sexual harassment, if confidential, could result in the plaintiff facing a higher tax bite than in other employment related claims.  It is also unclear how to characterize the settlement where there are multiple claims, only one of which involves sexual harassment.

Real World Implications
Clearly, the intent of the change in the tax code is to prevent secret settlements.  Yet the consequences of including a confidentiality provision in sexual harassment cases may adversely affect both parties.

While those who favor prohibiting nondisclosure clauses in sexual harassment settlements hold a strong policy value in publicly exposing abusers, there is a competing value in the privacy of these claims. Some parties choose mediation precisely because they want to avoid the public eye of the open courtroom for both victim and alleged perpetrator.

In practical terms, a willingness to maintain confidentiality can often be a huge incentive and provide leverage for the plaintiff and her lawyer in early settlement negotiations. Typically, these negotiations are entered into at a time when there are still many factual disputes and liability has not been admitted. It is also typical that the employer or its insurance carrier is paying for the misconduct alleged to have been committed by an individual, yet the “punishment” is inflicted upon the payor, not the harasser himself. Accordingly, the employer may be trying to avoid the negative publicity and damage to its reputation that may stem from the lawsuit or claim, including situations where the actual wrongdoer has already been fired or disciplined appropriately. Requiring the company to publicly disclose the claim may also be a disincentive for it to settle the lawsuit for what the plaintiff would consider to be a reasonable amount for fear of publicly setting a “floor” for future claims.

Let’s be clear. Even where the settlement agreement has a clear and enforceable confidentiality agreement, all parties (including the mediator) must comply with a subpoena issued in a criminal proceeding. Also, the parties can negotiate the scope of the confidentiality agreement so that the victim may testify if any other claims are brought against the same employer and wrongdoer and she is subpoenaed to do so in a civil trial.

What to Do?
Where both sides want the settlement to be confidential, there are still several good options to consider in the course of the negotiations in a mediation.

First, the parties can explicitly allocate a reasonable amount of the damages to claims arising out of sexual harassment. These can be deemed non-confidential and therefore may still be deducted for tax purposes.

Second, the parties can negotiate the terms of the confidentiality and reflect that in their agreement so that it does not rise to the level of a “nondisclosure agreement.”

Third, the parties can cooperate in drafting an approved statement that will constitute the public disclosure if either party is asked.

Finally, the parties can expressly expunge all preliminary non-disclosure agreements but maintain that the terms of the settlement will not be publicized without advance notice to the parties and their counsel.

Conclusion
Cases will settle more readily and earlier through private mediation if the court of public opinion is not actively weighing in.  Cases arising from sexual harassment can be expensive, stressful, contentious and embarrassing to both employer and employee. Once the accuser “goes public,” the employer has less incentive to pay significant damages or cooperate in a mediation.

In the end, parties should continue to analyze the cost/benefit of confidentiality in cases arising from sexual harassment or abuse. There are plenty of creative options which may serve to both maximize recovery, minimize the tax consequences to both parties and preserve the integrity of the confidential processes of mediation.

Please note that each IAM Blog posting represents the view of its individual author, but not necessarily others associated with IAM. IAM Blog Editor-in-Chief Keith L. Seat may be contacted at kseat@keithseat.com.