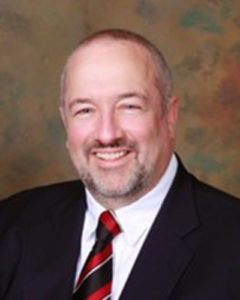 “Thank God for Dr. Carley’s Integrated Science class at Rockford College,” I thought as I discovered some very old notes during year-end cleaning.  They could have named the class (Very) Basic Real Science, So Political Science Majors Can Earn Their Science Credits.

Dr. Carley taught the first segment of the course, focused on Biology.  (Years later, it dawned on me that Biology was the first field of Science plowed because it did not involve mathematics.)  Following a standard template for human learning, Dr. Carley presented the definition of Biology:  the study of the structure, function, growth, origin, evolution, and distribution of living things.  We would study how living things (“organisms”) enter the threshold of existence, how they operate, and how they relate to each other and the surrounding world.

This attractive definition surely teased the interest of the Philosophy, Fine Arts and Literature majors.  Today, it caught mine again.  After all, understanding living things is the first step to understanding life itself, right?  Dr. Carley had the audience hooked.

Turning the page, opening the curtain a bit wider, the first topic was a definition of “Life,” not in a spiritual or philosophical sense, but in the ironically neutral framework of objective science.  Even within this framework, there was no universal definition of life etched into lifeless stone.  Instead, we learned, living things share a group of observable characteristics, such as:

Then, a mental shift from these old notes, zooming back to the present moment.  Maybe this framework could inform my understanding of disputes, and thereby make me a better person and mediator.  Would frequent youthful thoughts of “I’m never gonna use this (stuff)” be disproven?

Here is how I caused the framework to fit my mental fuss:

Disputes are living things.  They come into existence; they take shape and take up space.  Though lacking a physical form or tangible features, we identify and feel the presence of a dispute.

Disputes react to their environment.  No one has ever seen or touched a dispute, but everyone has wrestled with one.  Sometimes they bite.  Having no measureable weight, they drag and weigh upon the people they affect.  Being formless, they nevertheless can change form.  Disputes do not bleed, but they can be neutralized, or killed.

Disputes grow and change.  What starts out as a tiny, perhaps even healthy, seed of conflict may sprout into a seedling, a larger plant, and then ultimately, a giant tree of a dispute.  The largest and oldest oak in the forest was, of course, once a tiny acorn.

Disputes metabolize.  A living thing must metabolize and maintain its own chemistry to continue its life.  (I was afraid to page forward to the Chemistry section of the course, taught by Dr. Crawford, because I knew that math was waiting there.)

Refocusing to perhaps the most important lesson from Biology:  a dispute consumes resources around itself to perpetuate its survival.  This means it eats, and, therefore, it must excrete.  Stop and think about that one.

Disputes maintain homeostasis.  If left alone, a dispute will maintain a stabilized set of conditions to continue its life.  Disputes do not have a desire or ability to change themselves.  They will just keep on keepin’ on, unless they are changed.

Disputes consist of cells.  When we put a dispute under a microscope, we can identify the building blocks that comprise the dispute.  We may not understand how each cell came into being, or what holds them together, but we can visualize and understand the structure as a whole.

Assembling these thoughts, and applying them more specifically to mediation:

Disputes are living things.  They consist of cells, come into existence, react and affect the environment.  They grow, change, reproduce, and will maintain themselves until something changes course.

Most importantly, they consume.  For the disputants, this living thing consumes time, money, energy, attention, and mental space.  A dispute has a big appetite.  Any living thing that eats creates some form of waste.

The first step to terminate a dispute is to stop feeding it.  Paging ahead to the Physics segment of the course taught by Dr. Rao, I found Sir Isaac’s cousin of this concept, namely, that an object at rest stays at rest, and an object in motion stays in motion with the same speed and in the same direction, unless acted upon by an unbalanced force.

As I crystallized these thoughts – thinking that a crystal is not a living thing, because it does not metabolize – I was grateful for the professors who taught me, in simplified form, an understanding of living things, and our physical world.  I remembered Dr. Carley as serious and straightforward, Dr. Crawford as a refined Englishman, and Dr. Rao as intense and passionate.  Though presenting as very different people, they were identical in their caring and commitment to each student, even the non-majors.

The professors in my last science course taught me more than I had realized about disputes, and how to mediate them.  Why I still had these notes was initially a mystery; maybe I carried them around for nearly 40 years to help me understand what I do today in the mediation process I love and enjoy.

Please note that each IAM Blog posting represents the view of its individual author, but not necessarily others associated with IAM. IAM Blog Editor-in-Chief Keith L. Seat may be contacted at kseat@keithseat.com.