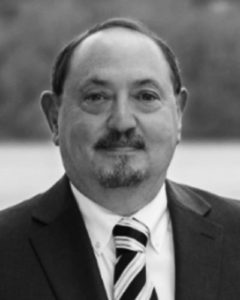 About a year ago something weird happened at a mediation. Really weird. All the lawyers and parties were under 40. The mediation was held on different floors of a large law firm. The parties declined a face to face joint session. I asked for cell phone numbers so I could text due to our multi-floor arrangement. A demand had been made so I met briefly with the defendant. I was asked to adjourn to the lobby. Defense counsel texted me an offer. I texted the plaintiff’s counsel the offer and indicated I was on my way. She responded there was no need to meet and that she would text me a new demand in 20 minutes. Five hours and 8 texts later we reached a deal. I never left the lobby. We had a group good-bye and signing meeting. Everyone was warm and opined how efficient and productive the day was. I left dazed and confused.

I now think I understand what happened that day after reading Dr. Sherry Turkle’s Reclaiming Conversation: The Power of Talk in a Digital Age.Turkle, an MIT professor, is not anti-technology; but she has been studying the impact of technology on the human psyche for 30 years. Reclaiming Conversation follows Turkle’s equally compelling Alone Together, which I especially like because of the great Dave Mason album reference.

I don’t know about you, but I haven’t scribbled in the margin of a book in years, until Reclaiming Conversation. I simply couldn’t stop writing. To suggest that this book, which has everything and nothing to do with mediation, is essential reading for mediators is understatement. We host, deal with, initiate, and manage conversations. I mean face to face conversation. And these face to face conversations are disappearing – in families, relationships, the workplace . . . and even mediation? Why? Does it matter? And what does technology (love) have to do with it?

Turkle theorizes that our love affair with technology and cell phones replaces live face to face conversations – especially with humans under 45. For many in our digital world, apologies are digital. You say sorry in a text or email. Not surprisingly, these apologies rarely work. Digital conflict resolution does not get to the heart of the matter.

Many under 45 sleep with their cell phones. There is a profound fear of disconnection – resulting in a digital method of defeating loneliness which actually has the opposite effect. The default option, even between friends, is to text before talking face to face. This relates to a desire to “get things right” in a text or quickly make a correction. Conversations are messy and many fear getting it “wrong.” Of course, as Turkle points out, getting it wrong is how we learn to get it right.

The impact of this phenomenon is a marked decrease in the ability to empathize. Turkle studies this in high schools in which surveys reflect that students really don’t get how their fellow students feel. One solution is phone free weeklong camps or retreats. After going cold turkey and freaking out, students relearn how to converse.

Another negative impact of digital conversation is a decrease in collaboration. In business, folks who work at home or in a virtual office are both connected and isolated. The desire to get it right negates the brainstorming collaborations that find answers after reaching dead ends. Many digital warriors feel emotionally drained and are running on empty.

Turkle also uses Thoreau’s three chairs as a metaphor. The first chair, solitude, is virtually impossible to achieve in a virtual world. Thoreau valued solitude, not as an isolationist, but rather to think, ponder, and formulate ideas. Connectedness mitigates against the ability to achieve solitude, which also impacts creativity. The second chair is friends and family – the ability to socially and emotionally connect with those you love and cherish. Any of you whose children, adult or small, have their cell phones at the ready during dinner get this. Your child may be “phubbing”; that is, talking and texting at the same time. For millennials, this is socially acceptable and it is rude to ask a friend to put away a phone.

I recently realized that millennials have a game at restaurants called cell tower. Everyone puts their cell in a pile in the middle of the table and whoever has to grab their phone first pays the check. Maybe we should try that at our next conference.

Thoreau’s third chair is society – the rich conversations we have with many about social and political issues. Perhaps the insanity of the current US election demonstrates that there is not even a dangling conversation – but rather talk-talk and no conversation. Turkle finally imagines a fourth chair – the ability to have a real, philosophical conversation in the digital world.

Can we come together in the digital world? Turkle thinks so. She believes humans are the answer and relearning conversation is the cure. Conversation improves empathy and allows for better mentorship and problem solving. Turkle believes we can’t let it be, and while it is a long and winding road we can get it right.

For those of us who initiate and manage conversations, this book is compelling and absolutely necessary reading. In lieu of footnotes, I substituted song titles. Catch them if you can and let’s discuss Turkle’s book at that Ben Franklin thing we do at conferences.